Timo Perez: Timoniel Pérez is an outfielder in Major League Baseball with the St. Louis Cardinals. The New York Mets signed Pérez as a free agent in 2000, where he played for four years before being traded to the Chicago White Sox. He can play any one of the three outfield positions.
https://en.wikipedia.org/wiki/Timo_Perez
Categoria: Biografías Peloteros
Link agregado: Jul 20, 2006 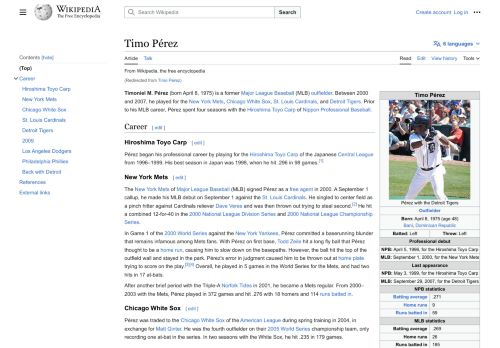