Sammy Sosa: Samuel Sosa Peralta is a designated hitter and an outfielder in Major League Baseball and is currently a free agent. His Major League career began when he broke in with the Texas Rangers in 1989. In the intervening years, he has played for the Chicago White Sox, Chicago Cubs and Baltimore Orioles. He ended the 2005 season with 588 career home runs, placing him fifth on the all-time home run list.
https://es.wikipedia.org/wiki/Sammy_Sosa
Categoria: Biografías Peloteros
Link agregado: Jul 20, 2006 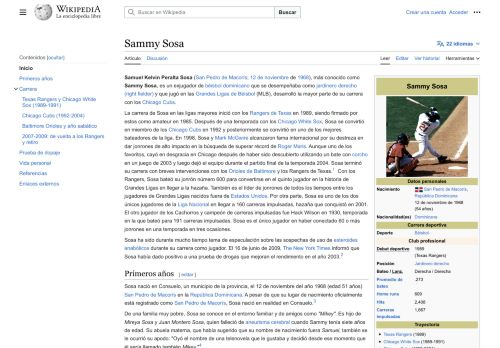